It has rained this week, rarely does such a thing constitute as news in this part of the world, but then the month of May has been exceptionally dry.

Other local news; someone has stolen the post box; as in, the red, Royal Mail post box from down the lane. We discovered this when Mr Uhdd went to post some letters, and there it was gone. It looked a bit like this,

except it bore the legend, VR not ER* and the slot was narrower (I know this because you could never get birthday cards in it without bending them.) So there it had sat**, in public service since since Queen Victoria sat upon the throne, and now it has gone (along with any post it might have contained at the time.) I interrogated the postie about its disappearance and his theory was that, ‘it would fetch good money in America’. My theory is that it will fetch little money when it is weighed in as scrap at some dodgy scrap yard. (although I’ve just looked up the price of Victorian posts boxes on Ebay and the postie is probably right!) 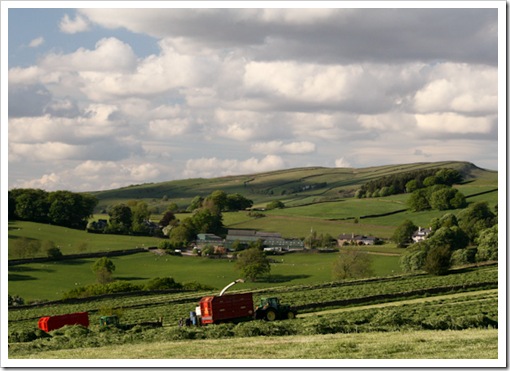 even if the  silage crop isn’t very heavy this year, due to the lack of rain..

** This post box is in the Lakedistrict, well at least it was.

12 thoughts on “In the Local News”