Last week we took a couple of nights away, in the Lake District. It’s hard to believe looking at the weather today.

We’ve got the campervan geared up for cold weather, it has a very effective diesel heater and we’d chosen a site with a hook up for power. The Quiet Site,  was perfect for our needs, one of those neatly run sites that keeps everything running smoothly with out being too officious about it and a very toasty shower block was always going to win me over.

Another bonus was that the site bar was open, being ‘out of season’ we weren’t expecting that . Winter campervanning can be snug and cosy, but it does get a bit tomb like, so a nice beer in front of a roaring fire, just a few yards from the van was as welcome as it was sociable.

Mr Uphilldowndale entertained himself with a bike ride up The Struggle and over Kirkstone Pass the highest major road in the Lake district,  I mooched  around with the camera; we were equally content.

We both took a stroll by lake Windermere,  having visited the wonderful Blackwell House,  I’ll post about it. 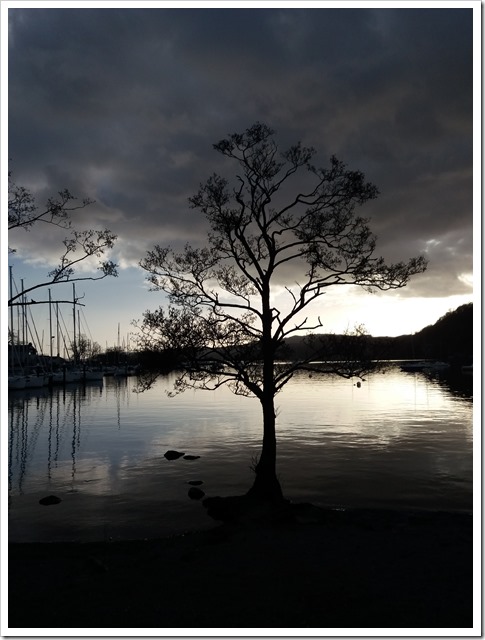 Did you know  that lake Windermere had not one but two very early airfields? 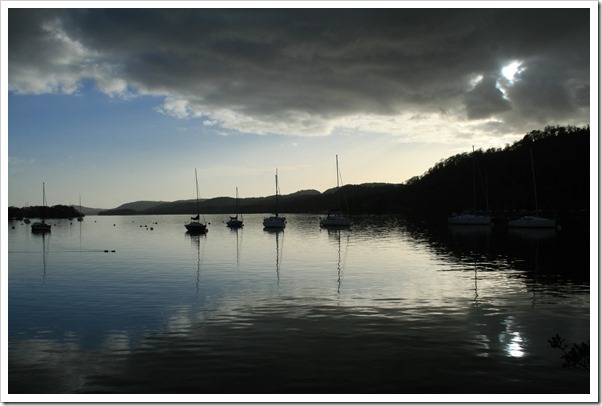 The The start of seaplane flying in Britain can be traced to Lake Windermere, where H. Stanley Adams first became airborne in the Lakes Waterbird floatplane on 25 November 1911.

One man and his dog, Windermere