I found the image above in the box of family photos. It’s not named, which is rather sad.

I do know the name of this young man, but nothing about his uniform and medal. Can any readers help me? 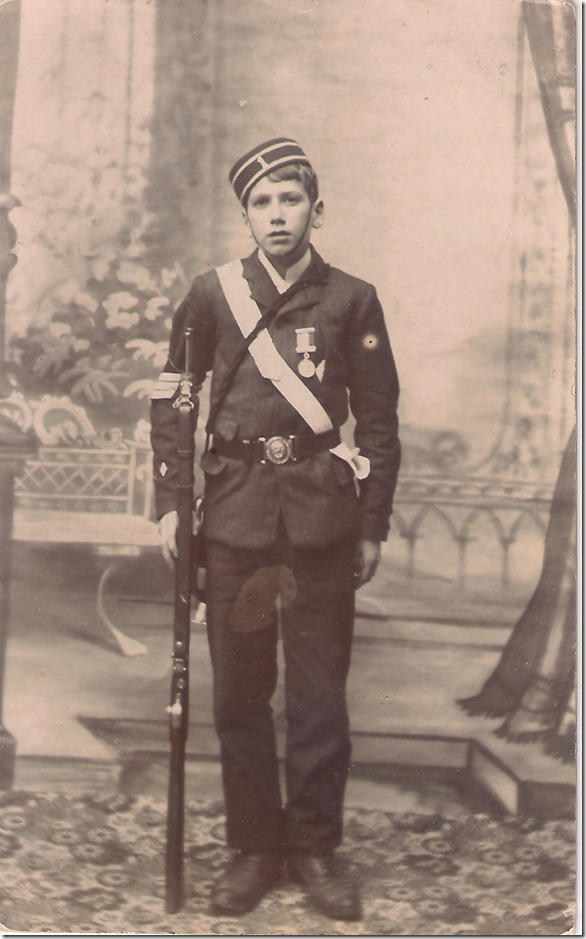 Here he is again, a man now and looking rather dashing. 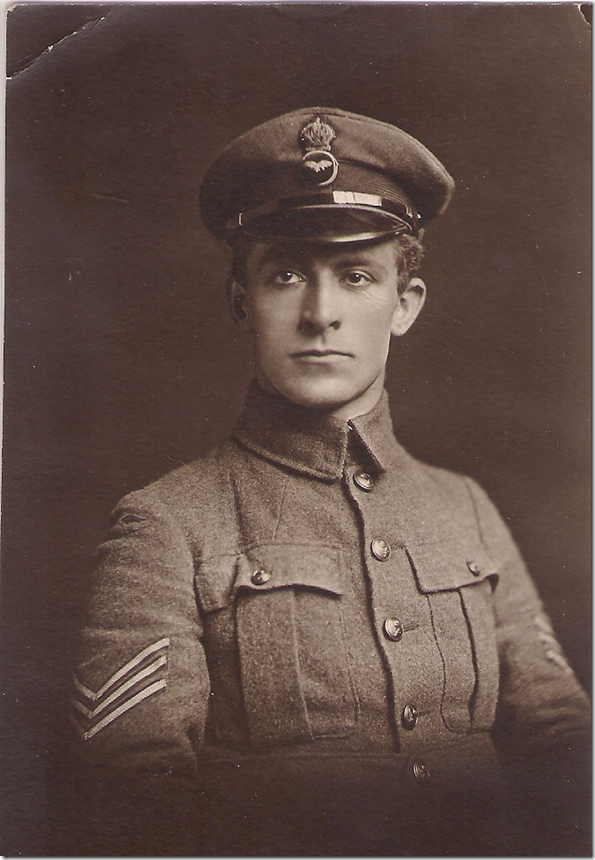 I went down to the service at the war memorial on Sunday, I’d not been able to go for the last couple of years. It was sad to note that the WWII two veterans were not there. Suddenly, it seems, there has been passing of a generation. I missed them;  but I’ll not forget them, we will remember them.

Extruded snow, forced through the gaps in the drystone walls and caught in the lea of the wall 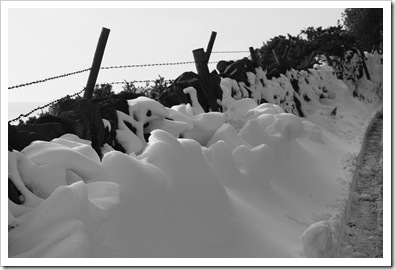 It’s only in the last week I’ve given any thought to the fact that this area used have snow fences, to force the drifts to form where you want, usually in the field and not filling the lanes, (beautiful shot of one on this blog)  they were situated  a few yards back from the carriage- way on  exposed roads. There aren’t any these days. 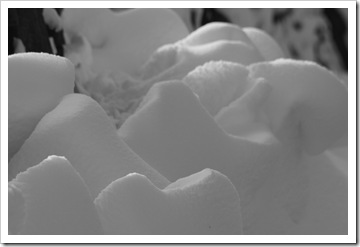 In some parts of the world they ‘force’ snowdrifts  with fences so that the snow lies in a basin, to make a reservoir of water for the summer, snow farming, you can drop that little gem into the conversation the next time you are stuck in a snow drift

Dramatic light this afternoon, not for very long though

Indigo sky’s to the east,

lit by a low sun to the west

Two fields later it was all over, snow flurries bowled up the valley, tuning all to white blobs.

You might remember the ‘three muses’, the maverick sheep,

in this post I think one of them has been poleaxed, poor lamb.

Snow and mist greeted us this morning, It was one of those days where the thirsty Landrover can pull rank over the aged but thrifty estate car; the boys were as disappointed as ever, that we could ‘get out of the lane’ and pick our way to school and I must admit, I would have been very happy to turn on my heels and go indoors again, this was the school run (taken by Tom)

Some roads are notorious for been difficult in bad weather being ‘only passable with care’ as they tell us on the radio  traffic reports, of course the same roads numbers crop up time and time again, it’s the high exposed routes, here’s a popular selection, that I had to tackle today,

(the A54 is more likely to be referred to as the ‘Cat and Fiddle’  The Cat and Fiddle is the name of a pub, it’s the second highest pub in England and something of a landmark on that road.)

I sat and looked at this sign for some considerable time, in a queue of standing traffic. At this junction, when the traffic started to move off  was an example of  British queuing at it’s finest, as the two roads combined, drivers  politely took it in turn, one car emerging from the left, one from the right, one from the left, one from the right; our mothers would have been proud of us  for ‘sharing nicely.’  A bit further along the route, the mist was thicker and I changed that view for this sheep, you might have to squint to find it.

Only in my dreams was this achievable

I got where I was going in the end, but it was just as well I had my trusty tea mug with me and as they said on the radio it was ‘passable with care.’

It’s not so very long ago that today’s events would have been impossible, this is how it was in 1957 and this was 1964 when  Dr King predicts an African-American president “in less than 40 years.”

There is not much I can say to follow that. Other than the fact it is a beautiful day here too. 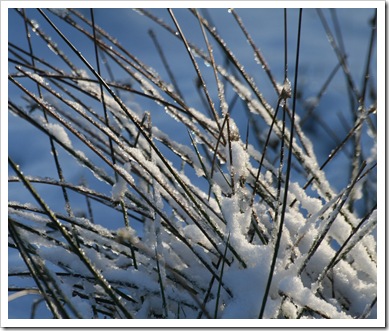 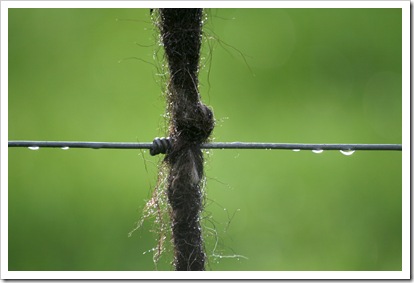 I was going to call this post, ‘Dreadlock Holiday’ but thought it might be pushing the boundaries  a bit; fence, boundaries, get it? oh well never mind: then I had a look at the video of the music, it’s not very PC by today’s standards I’m afraid (and I’m not talking about the moustache.) But I enjoyed the music, happy days, 10cc a local band, well almost.

But back indoors for a mug or two of warming tea (and dry to out) and it wasn’t long before it brightened up. 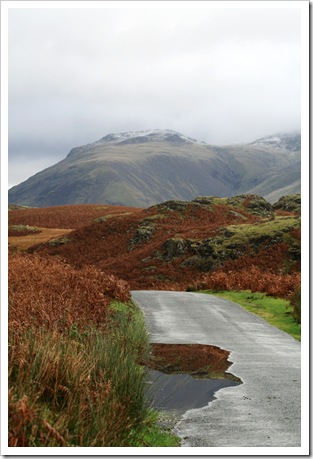