We were down in London last weekend. We took some time out to visit Kew  Botanical Gardens, it was three days after my annual pass expired. Sigh.

As we renewed the pass one of the staff commented ‘You’ll need that, you’ll be wanting to come to the orchid festival’

‘It starts tomorrow’ she continued. I was crest fallen, I’d really been looking forward to seeing it, I’ve often managed to ‘just miss’ finding out about  exhibitions, I’d never managed to arrive before one started before! I really should pay more attention…

And whilst the staff were in the throws of the final ‘set dressing’ of the displays, we could still access the glass houses, so all was not lost.

a floating wheelbarrow, how cool is that. Some of the displays certainly took me back to my days worked as a florist (this one reminded me of a funeral tribute we made for a traveller family, it was so big that after we’d finished it we realised we couldn’t get it up the stairs from the basement workroom!)

The scent of this stephanotis, was a flash back to the 1970’s and many hours spent  as a junior  florist wiring the individual florets to be used in bridal bouquets

And there were delicately strung dried helichrysum blooms, waiting to be artistically draped, what a labour of love.

But enough of them, we’re here for the orchids 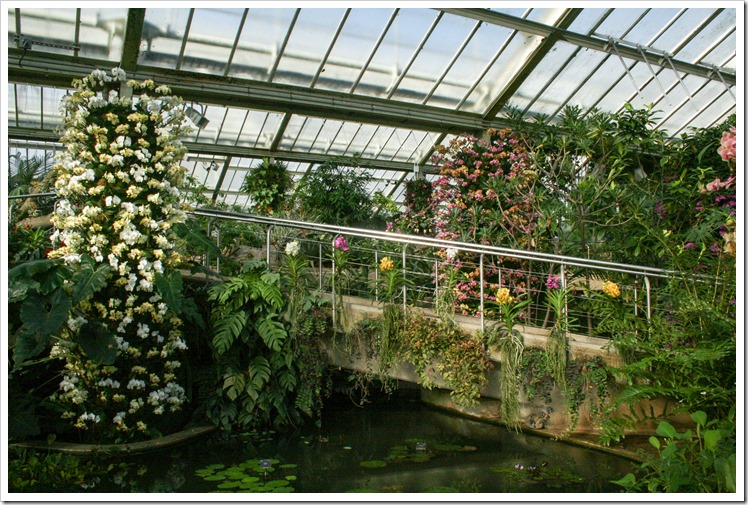 we were not disappointed, 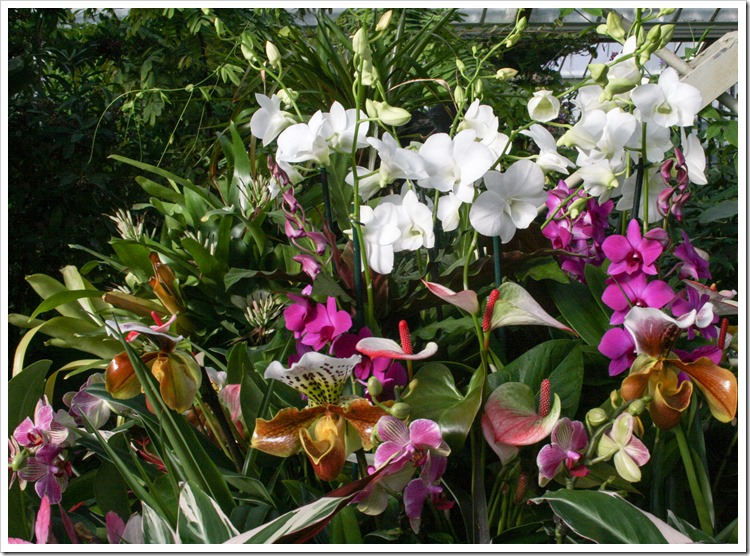 they were everywhere even strung from the roof.

Another floristry flash back, cymbidium orchids, the ‘go to’ flower for the mother of the bride in the 1980’s, not one bloom but two, as my colleague used to say, ‘that’s not a corsage its a ‘bustenklamper’. 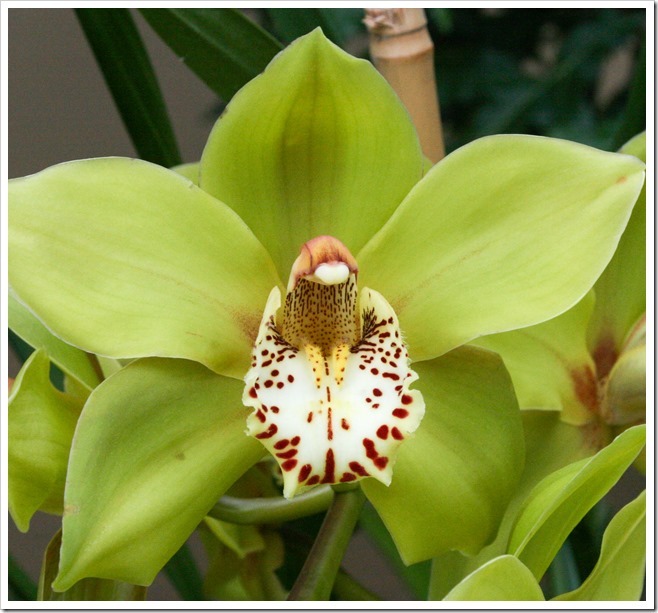 I think this slipper orchid was my favourite

Or was it this one? I like growing orchids, it always seems like I’ve achieved something clever when they flower, although it’s not magic on my part,

I do tend to guild the lily a little sometimes. But the greatest orchid thrill was the wild orchid that randomly, just popped up in the lawn a few years ago,  sadly it’s never made another appearance.

We may have missed out a little on the final flourishes of the festival, but that really didn’t matter.