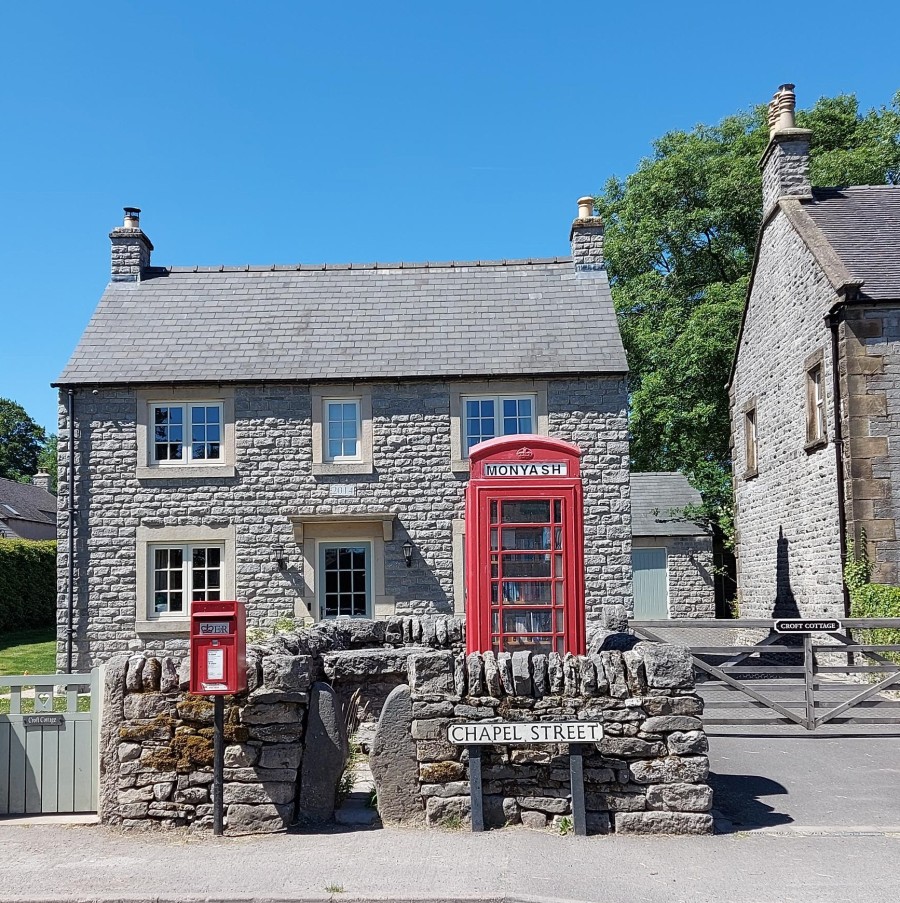 We took the camper van out to stretch it’s legs, just a one nighter, not far, just a 30 minute drive into the White Peak, pretty much my old commute in days gone by. We’d made some repairs and alterations to the van since our last ‘big trip’ to Scotland in May, and we wanted to check things worked as intended, the leaky tap is no more, and the new fridge, has a TARDIS like capacity, it’s smaller than the old fridge and yet it can accommodate a four pint bottle of milk AND a bottle of wine in an upright position, no more fridge wrangling! Result.

And if that wasn’t enough van excitement, Mr Uphilldowndale used space gained by the smaller fridge to build a cutlery drawer. ‘Tis a thing of beauty, I’d share a video of me opening and closing it in sheer delight, if I’d fully mastered uploading videos on to this WordPress editor.

We visited the lovely village of Monyash had a delicious and leisurely brunch at The Old Smithy Cafe, a favourite coffee stop of Mr UHDD on his Sunday bike rides, we shared our table and travel tales with a motorbiking couple from the Midlands, before striking out to Chatsworth.

The village can attribute its existence, and its name, to water. Lying underneath the centre of the village is a narrow band of clay deposited during the Ice Age. This resulted in pools of standing water, a highly unusual feature in a limestone area. Over time meres (ponds) were fashioned into the clay by the villagers to provide a constant source of water. At one time the village had five meres and at least twenty wells providing the inhabitants and their livestock, as well as passing drovers, with a plentiful supply of water right up until recent times.

The centre of the village is always where the gossip is, here the now superseded phone box has been repurposed as a mini library, the post box still functions, but you won’t get as many collections these days. (At least this one hasn’t been stolen.) But it is still a place to stop for a chat.

Through the stile into the small enclosure is a clue to how this spot must have been a meeting place for hundreds of years, with what we took to be a capped well

We take turning on the tap for fresh water so much for granted. Getting water, must have consumed so much time and energy, especially in this part of the Peak District, where the porous limestone gobbles up rivers and streams. I really shouldn’t complain about a leaky tap.

It might have been cold the day we visited Haddon Hall, but at least it was bright. We’ve had some very wet, slag grey days this last week, I doubt we’d have managed to see some of the historic detail had we been there on those days.

The windows at Haddon are beautiful.

We debated the windows, Mr Uphilldowndale said the undulating waves of glass was a feature designed to add strength, I said it was to make it look sparkly.

During the 19th and early 20th century a great number of important medieval houses were restored and had their windows returned to an earlier style of glazing. The glazing of the western range of Haddon Hall, Derbyshire, is particularly effective as each pane is set at a different angle to those adjacent, creating jewel-like facets when seen from the exterior.

Look at the graffiti,  you’d need to be posh to leave your mark, back in the day, not every one had a precious stone ring, with which to make a statement.

this window tells you what a posh gaff it is. 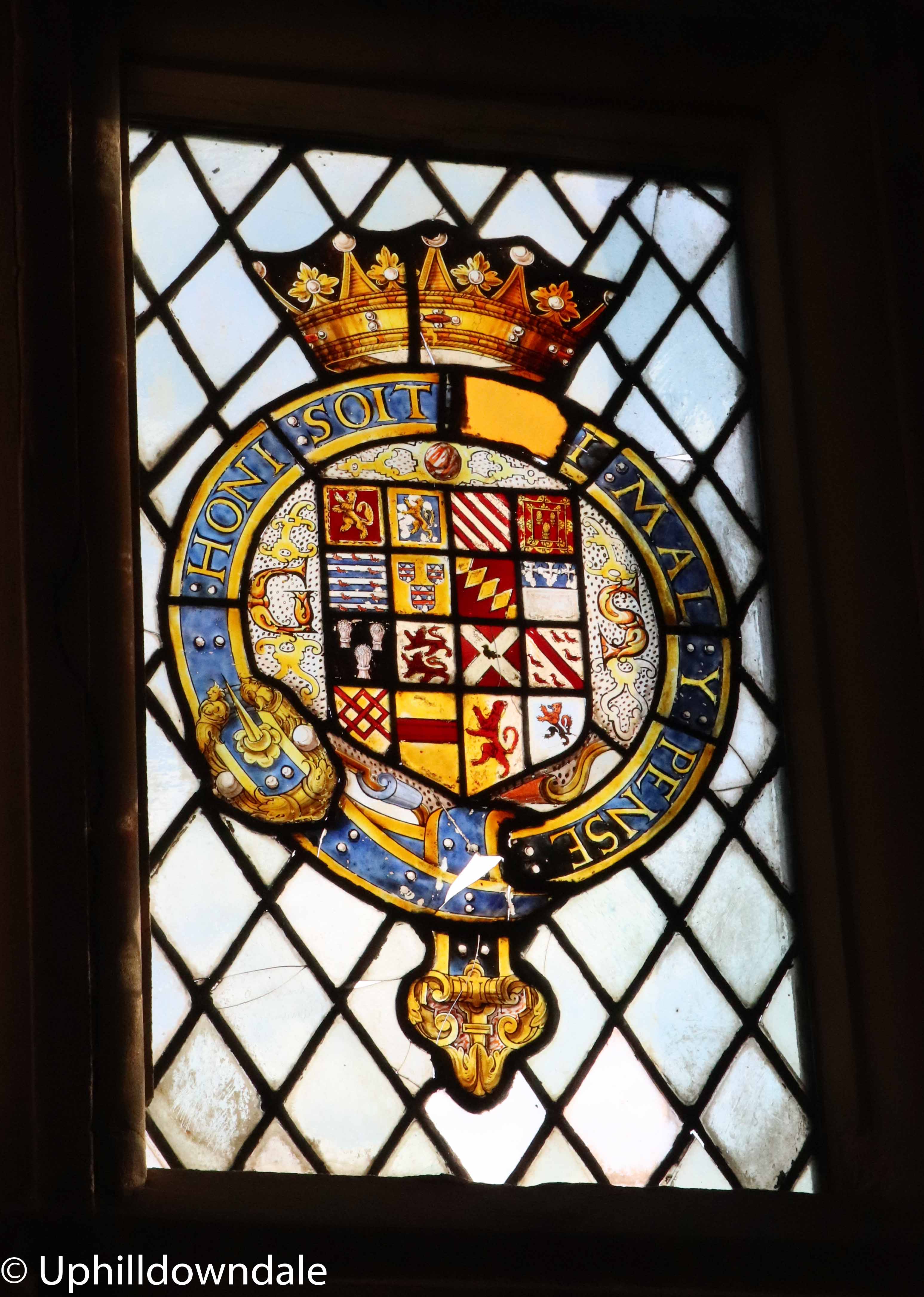 A very pretty addition to the Christmas decorations was the Wishing Tree, set by the window and bathed in sunlight, it was beautiful in its simplicity

You could add your own wishes if you  wanted too. I guess we all have many things to wish for in 2019,  I for one wish for a little more light and transparency from our world leaders and politicians, is it too much to ask?

I love the drama of stormy spring skies

The strong wind was whipping the clouds along at a rate of knots, the light, changing so fast that the moments were hard to capture, I had to be quick off the mark, which meant I abandoned the family to their own devices yet again, Mr Uhdd was expecting me to cut his hair when I dashed to take these shots (he should be grateful I wasn’t half way through the job.) 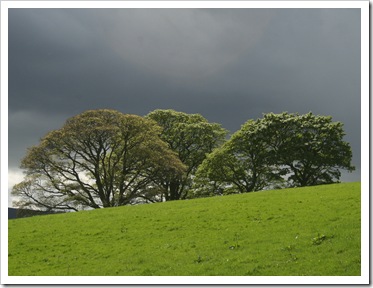 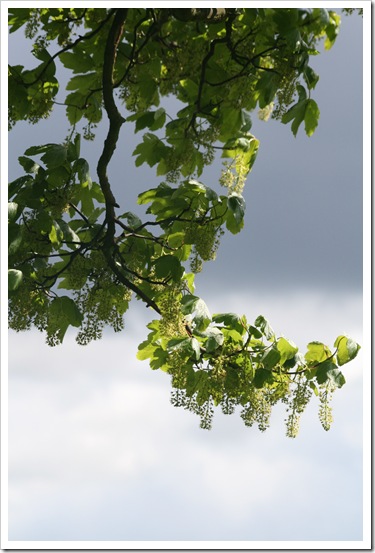